What temperature should the RM1 be set at?

The RM1 should be operated between settings 2 and 5.

There was a typo in the early RM1 (ALBR1372) manual that stated setting 8 was the coldest and setting 2 was the warmest. This is the opposite of how this fridge operates with 2 being the coldest setting and 8 being the warmest setting. As such we recommend keeping the temperature control between setting 2-5 for food but you may use it on warmer settings for beverages. Additionally there is a slider inside the fridge on the back wall (see picture below) that regulates the amount of cold air from the freezer that gets blown into the fridge cavity. There was another typo on the early RM1s indicating that max freezer airflow is to the left and minimum freezer airflow is to the right. Again this is opposite of how it actually operates with the minimum freezer airflow to the left (warmest) and the maximum freezer airflow (coldest) to the right. 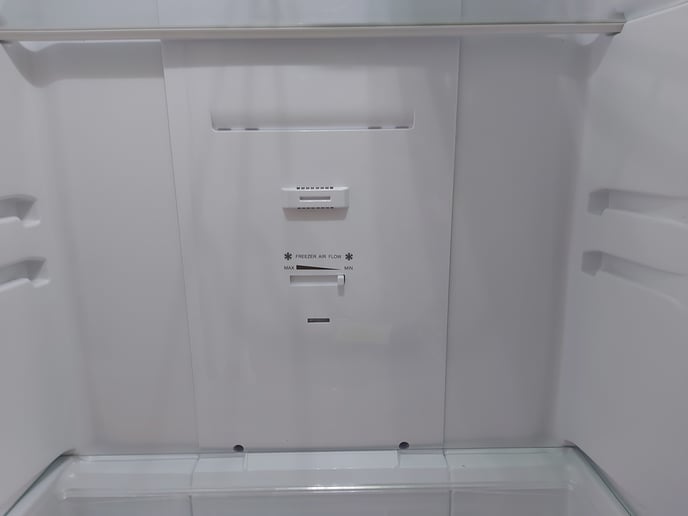